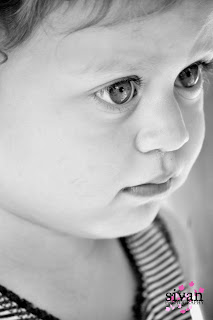 Thank you to everyone who supported Sivan Photography in the GetThePicture.tv contest! I received a phone call from them saying that I won!

Here is Manny’s (the man behind the contest!) review on my photo (found on GetThePicture.tv)
Sivan’s winning entry “Stunning Eyes” caught everyones attention. The image impressed our judges and it most certainly caught the eyes of the hundreds of people who voted in the contest. The photograph is remarkable in several ways. The obvious close up of the young girls face gets everyones attention. But Sivan used her skills to make her picture even better. The great use of black and white added a stylized, idealistic feel to the image. The soft lighting worked well within the contrast range of the camera and there was no clutter in the background. The viewers focus is truly on the childs face and ofcourse “Stunning Eyes”. Sivan is a student at the University of Central Florida in Orlando.